Today we're going to look at the 8th generation civic, specifically the R18 powered Ex model. We're going to take a look at the restriction currently being caused by the stock intake system and measure it exactly.

The R18 as you probably know is a 140hp power plant that is extremely fuel efficient but lacks some sense of urgency, especially when overtaking on the highway. Part throttle performance seems immediate, but it's simply a trick that Honda is playing. Push the throttle down a little further and you'll find that there's not a lot of extra umph left to give.

END_OF_DOCUMENT_TOKEN_TO_BE_REPLACED

Modifications that Work Every Time: Engine 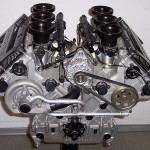 I write a lot about modifications that either don't work or work poorly but that's not to say that there aren't a whole slew of tricks that work every time.

In this two part article, I'll explore just a few of the "tricks" and modifications you can use to increase the output of any engine without paying "gimmick tax." Gimmick tax is what you pay when you buy parts or invest in modifications that don't really work or have such small gains that they're hardly worth doing. Let's get started..

Fitting a larger exhaust than factory, always works. The key is not to go too far, but going up one or two pipe sizes will almost without exception produce more power and better overall acceleration. The reason that going to large can hurt you is that the pressure differential between the exhaust and the atmosphere at the end of the tail pipe actually helps the exhaust exit. In other words, some "pressure" (not necessarily back pressure) is good. I recently published a TU Premium exclusive article that gives a chart you can use to find the right pipe size for your exhaust system. END_OF_DOCUMENT_TOKEN_TO_BE_REPLACED

As most of my readers know, I'm a big proponent of modified factory air boxes rather than expensive intake systems. Not because I'm too cheap to buy an expensive intake system (I've owned many), but because they simply don't work as well. It also helps that modifying your own airbox (or even swapping to a bigger factory one) costs a lot less. Some articles from the past that contain some of the already presented evidence.

Today I was out browsing the interwebs when I came across two Australian guys who have a youtube show where they modify cars in a fairly cheeky way, kind of like Top Gear meets Pimp My Ride or something. None the less, they have added "myth busting" to their show and so they did two great dyno shoot outs to test "cold air intakes" and "pod filters" versus factory air boxes. Needless to say, they found the factory stuff worked very well (the best) in various setups. END_OF_DOCUMENT_TOKEN_TO_BE_REPLACED 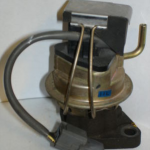 The EGR Valve (Exhaust Gas Recirculation) valve is found on almost all modern engines and is considered part of the emissions package of your vehicle. In some states, removing it will cause you to fail your emissions inspection. Unfortunately, there is a huge misunderstanding about it's function circulating around the internet and sadly a lot of folks have actually removed it in the search for "free power."

The EGR valve is not simply about re-burning exhaust gasses to try to clean up the emissions. In fact, it's more about saving fuel and as a side effect, reducing emissions. END_OF_DOCUMENT_TOKEN_TO_BE_REPLACED 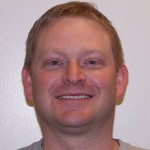 This month, I got on the phone with Ryan Stark of Blackstone Labs to talk about the most interesting topic in the world! OIL!

Well, okay, I'll give you that oil isn't terribly interesting but it is a vital fluid in our engines and one that is wrapped up in a lot of confusion, forum legend, and marketing bull. Matter fact, what's actually really interesting is what information out there is actually true, and what's complete and total B.S.

Ryan has been analyzing oil samples for over 15 years from pretty much every type of engine in existence. He's seen oil samples from airplanes, military vehicles, and nearly every passenger car or truck in existence. The people over at Blackstone have a massive database built from these samples so if there were ever an independent authority on which oil is best to use - he'd probably be it, if you ask me. Especially if your interest is in protecting your engine as best as possible. Ryan therefore is another one of our Tuner University Certified Experts.

END_OF_DOCUMENT_TOKEN_TO_BE_REPLACED

Posted in Engine | Comments Off on Vented Radiator Panel: Good in Theory, But in Practice? 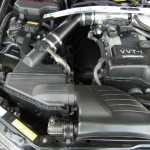 I have received numerous requests for a DIY on my snorkel mod that I detailed in the intelligent modification series from the IS300 community.

It is based on my measurements of restriction in the stock intake system, it does two things: reduces restriction imposed by factory snorkel/airbox, increases the availability of pressurized (higher than atmospheric pressure) air at speed. In effect, it adds additional "ram air" on the highway. 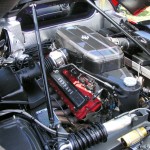 No exposed conic filter, even in this hardcore Ferrari.

Using a sealed airbox is ideal in any car that will be going through gears frequently (street car, road racing car). The reason is that even if it doesn't produce the highest hp, which sometimes it does, is that transient response is better with an airbox than with an open element air filter. When the throttle closes between shifts for example, the air that was quickly rushing in hits a wall and is forced back down the intake system. In a sealed system, the air actually bounces back and helps ram more air in when the throttle is re-opened. In a open air filter system, the air is lost to the atmosphere and thus power just after a shift is harmed. There are other reasons, but the best "proof" of this is that even the hardcore no-creature comfort exotic cars like the Ferrari Enzo DO NOT use open element air filters, but still - air boxes.

The factory air box generates more and more air pressure as the car speeds up, by replacing the airbox with a "open element" conic filter, you lose that benefit completely. Just pointing the snorkel at it just supplies it with the outside air, not the pressure.

END_OF_DOCUMENT_TOKEN_TO_BE_REPLACED

Yet another nail in the coffin for “drop-in” filters…

I've been saying it for years, but "drop-in" air filters such as those marketed by multiple major names are unfortunately, mostly a sham.

I have yet to see a single vehicle where when I measured pressure drop across the filter that a drop-in filter made a measurable improvement. Pressure drop by the way is NOT a measurement of flow, but rather an indirect measurement of flow (by measuring how much air pressure has been lost from one point in a pipe system to another), one which especially in the case of filters is more accurate than a flow bench.