Keep Your Engine Alive: The Importance of Oil Temperature 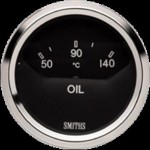 One of the things you will find if you have a oil pressure or temperature gauge is that regardless of the fact that oil is running through your engine and cooling it just like the coolant - it takes on and loses heat differently than coolant.

Oil temperature is probably the most important thing to know, specifically for those of us who are pushing our cars hard. Free reving (or worse - racing) on an engine that has not fully reached it's oil operating temperature is extremely dangerous. But don't think that the coolant gauge will tell you this information - it won't.

As a general rule of thumb, after the car is warmed up, oil tends to be a few degrees warmer than the coolant (usually 10-15 degrees Fahrenheit).

However, it takes much longer for oil to come up to temperature than coolant. When you start your car in the morning, most of us are wise enough to not romp on the car until the coolant gauge is up to operating temperature. This is certainly better than romping on it cold, but it's still not quite ideal.

You see, the oil, especially in colder ambient temperatures, takes several times longer to come up to temperature.

Oil will not get to complete operating temperature easily by simply idling, it requires driving around and putting SOME load on the engine. I see people in the pits at races all the time reving their motors to 'warm the engine up'. It won't do any good and is only putting premature wear on the car.

What's the danger of running an engine cold?

Well, that may seem a little extreme, as certainly all of us have run a engine that was cold, hard. We probably even got away with it due to the amazingly good engine design we have today. However, it's an extremely risky thing to do and can easily result in catastrophic engine failure. ESPECIALLY in highly tuned, built engines.

If the engine is way too cold (ie, the coolant hasn't even come up to temps), it's not making its ideal power either. VTEC engines actually do not engage VTEC unless the coolant is up to temperature, for example - this is true of many other variable valve timing technologies as well. Think of it as Honda trying to save you from yourself.

In  all engines, the engine's clearances are significantly tighter, creating extreme amounts of stress on the engine's internals and the piston rings will not have properly sealed with oil temps too low.

In short - it's really bad for your engine to run it hard until it's OIL is completely warmed up. Coolant temperature is a false indicator.

So without going out and buying an oil gauge and all that, what's the big take away from this discussion?

When you first start running your car for the day, make sure to keep the revs low and take it easy for at very least the first 5 or so minutes of driving, longer in extreme cold temperatures. Most importantly, and least obviously - don't trust your coolant gauge to be a good indicator that your engine is fully warmed up.

In cars with oil coolers that utilize the coolant to cool (used on many imports, sandwhiched between the oil filter and the block), the oil temp will actually come up with the coolant as an added bonus to keeping oil temperatures cooler under high loads.

If you're putting gauges in your car, you might also consider an oil temp or pressure gauge as it can be a real tool in assessing the load on your engine and keep you aware of situations that might harm the reliability of your engine. This is especially true in turbocharged engines or on high speed circuits as engine oil can actually cook if it gets too hot, ruining it's lubricating properties and resulting in - yep, engine failure.

Remember, an engine fully warmed up but not heat soaked creates optimum power. In the real world, this means when you're driving down the highway and the engine is plenty warm and the airflow through the engine bay is taking warm air from the engine bay out through the bottom of the car. Never try to get a better time at the drag strip by running with cold engine oil and never try to warm a car up by reving the engine.

Keeping this advice in mind will certainly keep your engine alive much longer and prevent you from having a really bad day. 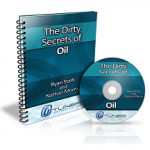 Want to learn more about engine oil including which oil is best for your high performance engine? Who better to ask than Ryan Stark of Blackstone Labs one of the largest oil analysis labs in the country. In "The Dirty Secrets of Oil" Ryan shared what matters and does not matter about oil, what the best oil is, and debunked a number of nasty myths drawing on his decades of experience analyzing different oils. This guest lecture, including the full audio recording and transcript are now  available with instant access in the TU resource center. Click here to read more