Beating the Heat: Advantage of a High Pressure Radiator Cap 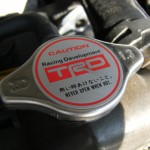 Spoon, Mugen, TRD, and about two dozen other 'big name' companies all sell these "High Pressure" radiator caps. However, if you ask the average person what they actually do, you'll be met with cricket chirps.

Most imports use 1.1 kg/cm2 radiator caps while these aftermarket pieces are typically 1.3 kg/cm2. These caps are also available for domestics and some exotics as well, but the same principle applies regardless of the make/model of car. Sometimes they are rated in the "bar" unit.  The conversion factor is 1.02, so for the purposes of this article, because kg/cm2 is more awkward to write, I will say 1.1 bar and 1.3 bar. 1.1 bar is nearly exactly equal to 1.1 kg/cm^2. So, yes, I realize import caps are rated in the metric unit, but I'm going to use bar instead to make my writing a little easier.

These caps look cool, and they're sold by big names - but let's look at what they actually do and why you may or may not want one.

To understand why the higher pressure radiator caps might be useful, we first need to understand something about the fluid inside the cooling system.

In an ideal world, engines would be cooled by straight water with no antifreeze added. Water is an excellent cooling agent and is extremely efficient at carrying heat away from the engine and then exchanging that heat with the air via the radiator.

However, water has a few properties that make it imperfect as an automotive coolant. For one, it has a relatively high freezing temperature at 32 degrees Fahrenheit. Freezing would be bad enough but water also has the unique property that it expands at its freezing (which if you've ever left a soda in the freezer before, you know why that's bad). It also has a relatively low boiling point at 212 degrees Fahrenheit.

Since most engines are operating at a temperature of around 185-205 degrees, that only gives us a small amount of wiggle room before boiling would occur. Boiling is bad for a number of reasons which I won't get too into here, but, steam/bubbles in coolant actually insulate coolant from the combustion chamber and would render the coolant useless at cooling the hot engine. It can also cause water pump failures amongst other damage via a process called cavitation.

Water is corrosive and it will gradually eat away at seals and cause metal inside your engine to deteriorate. Finally, it isn't a very good lubricant and the water pump and seals in your cooling system rely on other compounds in your coolant to provide those properties.

So, we generally add antifreeze to distilled water to create the coolant we run in the car.

The trade off for the extra wiggle room of course is that antifreeze is not a very efficient heat exchanging fluid. In fact, 100% antifreeze in your cooling system would be an absolutely terrible idea. When you add antifreeze to water, the ability to cool evenly and quickly drops. Besides that, up until about 60% coolant, you do gain boiling point and freezing point. However, past 60% coolant to water, you start to go the other way again, sharply.

While we'd love to run 100% distilled water in the cooling system, we can't because of corrosion and boiling/freezing points. We also don't want to use 100% antifreeze because it would be a poor cooling fluid. Therefore, we need a compromise, which is usually a 50/50 ratio of the two fluids mixed together.

The Role of Pressure 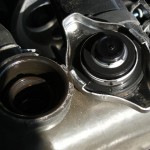 But, back to the radiator cap. As the coolant gets hot it expands creating pressure in the system. The hotter things get, the more pressure created. The radiator cap allows pressure to build up in the cooling system and will eventually vent that pressure to the overflow bottle as the need arises. The cap does this by a spring loaded valve which serves as a pressure relief valve at a rated pressure. You'll notice that there's a plunger on the bottom of the cap. As pressure builds, it pushes up on that valve until eventually the valve is opened far enough for coolant to flow out of the tube connected at the radiator fill neck. It closes again when the pressure has dropped to the desired level.

This tank is there just to catch the coolant and store it until things cool back down, when a vacuum will be created and most of the coolant will return to the cooling system.

Pressure actually increases the boiling point of a fluid as you may know from high school physics class. The pressure literally forces the liquid to remain a liquid longer and does not allow it to transform into vapor. All modern automotive cooling systems are under pressure, completely regulated by the radiator cap. 1.1 bar is roughly 15psi, and 1.3 bar is around 18psi.

How much does the pressure raise the boiling point? Well, it's about 2-3 degrees for every psi that we increase the pressure of the system. Therefore, by using a 1.1 bar cap we make the average boiling point of a stock cooling system somewhere closer to  around 257-260 degrees.

So if some extra pressure is good, why not a lot? Well, it may seem obvious, but the cooling system on your car is rated to a certain pressure. The radiator cap is designed to be the weak point in your cooling system so it can safely vent pressure, you don't want to use a cap that is so resistant to venting pressure that it causes some other part of the system to become the weak point.

What does it DO for you?

Under normal operating conditions, with everything else untouched it gives you a small amount of extra protection against localized boiling and therefore hot spots in the cylinder walls and cylinder head. If you're running a 50/50 ratio of antifreeze to water and aren't overheating, there is no real measurable benefit.

However, when mixed with a slight change in coolant, these caps can actually add quite a bit of cooling efficiency to your car, especially for hot summer track days. It's a cheap tweak that can give you some extra insurance against engine failure or detonation in extreme conditions, or, make you legal to be on certain tracks.

What these caps can be used to do, is run  less antifreeze and more distilled water in your cooling system in the summer. It can also be used to run nearly straight water and water wetter (an additive which... increases the wetting ability of water.) for the track. The benefit on the track being two-fold. Some tracks do not allow you to use antifreeze as it is literally slick as snot if it leaks or spews onto the track. The other benefit is that straight water as we discussed before is the most efficient cooling fluid. Add a product called Water Wetter and that can be a really powerful combination.

By upping our cooling system pressure to 1.3 bar we gain about 8.7 degrees. Antifreeze only adds 11 degrees to our boiling point, so the main reason for running a 1.3 bar cap is to run straight distilled water (with water wetter to prevent corrosion) or a significantly reduced antifreeze ratio without danger of boiling over. Specifically, in the summer months.

So why not run it this way all the time? Well, let's not forget the freezing point. While the pressure cap trick gives us a higher boiling point, it does not a thing for freezing point. If your area doesn't get down to negative temperatures in the winter, you can run a decreased ratio of antifreeze to coolant if you like all year round. However, I'd still run 50/50 in the winter. The good news is, in the winter, there's less need for excellent cooling as air intake temps and ambient temps help you out a lot more than in the summer.

So Should I Get One or Get Rid of Mine? 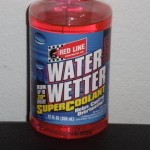 Well, they're generally inexpensive, around $20-30. I would never pay more than maybe $40 and really, you can get just about any old 1.3 bar cap that fits for around $10 that will do the job just fine.If an OEM tuning house sells one for your car, you may want to go with that one - the cap is simple but it's extremely important it functions properly. OEM quality is important here.

They are a small amount of insurance against possible overheating, especially for tracked cars or for excessive idling in the hot summer months. Add another $10 for a bottle of water wetter as well. For a daily driver, the extra pressure would only be particularly helpful if running a modified coolant ratio. Installing one won't hurt anything. If you ever do approach boiling point, they'll give you a little more insurance against it, and they'll keep the coolant doing its job longer before the bubbles in the fluid create problems.

For a car that sees track time, specifically road race time, it would be a good cheap upgrade to your cooling system. Especially when mixed with the straight distilled water+water wetter or reduced antifreeze ratio combo.

In particularly hot areas with engines that are running high compression or boost, a 1.3 bar radiator cap, water wetter and a reasonable coolant ratio or distilled water setup would be a good "stock upgrade" to help prevent detonation. Granted, if your engine is fairly close to stock, you don't need to worry about detonation as long as you run the right fuel as dictated in your factory service manual.

In closing, if you want to run the same setup all year round and want to be extra safe, run 50/50 antifreeze with Water Wetter (it improves coolant efficiency and especially helps evenly cool the cylinder head), add a 1.3 bar cap for good measure.

In a later article I will discuss other common 'coolant system upgrades' like low temperature thermostats, fan switches, as well as if/when you should upgrade your radiator.

Want more in depth tech like this? Find out how you can gain access to some of the smartest guys in tuning via TU premium. Premium members get access to a new guest speaker each month (past guests have been such experts as: John Grudynski of Hytech Exhaust, Ryan Stark of Blackstone Labs, and Ben Strader of EFI University), exclusive member's only classes, articles and discounts too. Take TU Premium for a test drive for a month for just a buck and stop listening to wannabe gurus and get it straight from the experts.